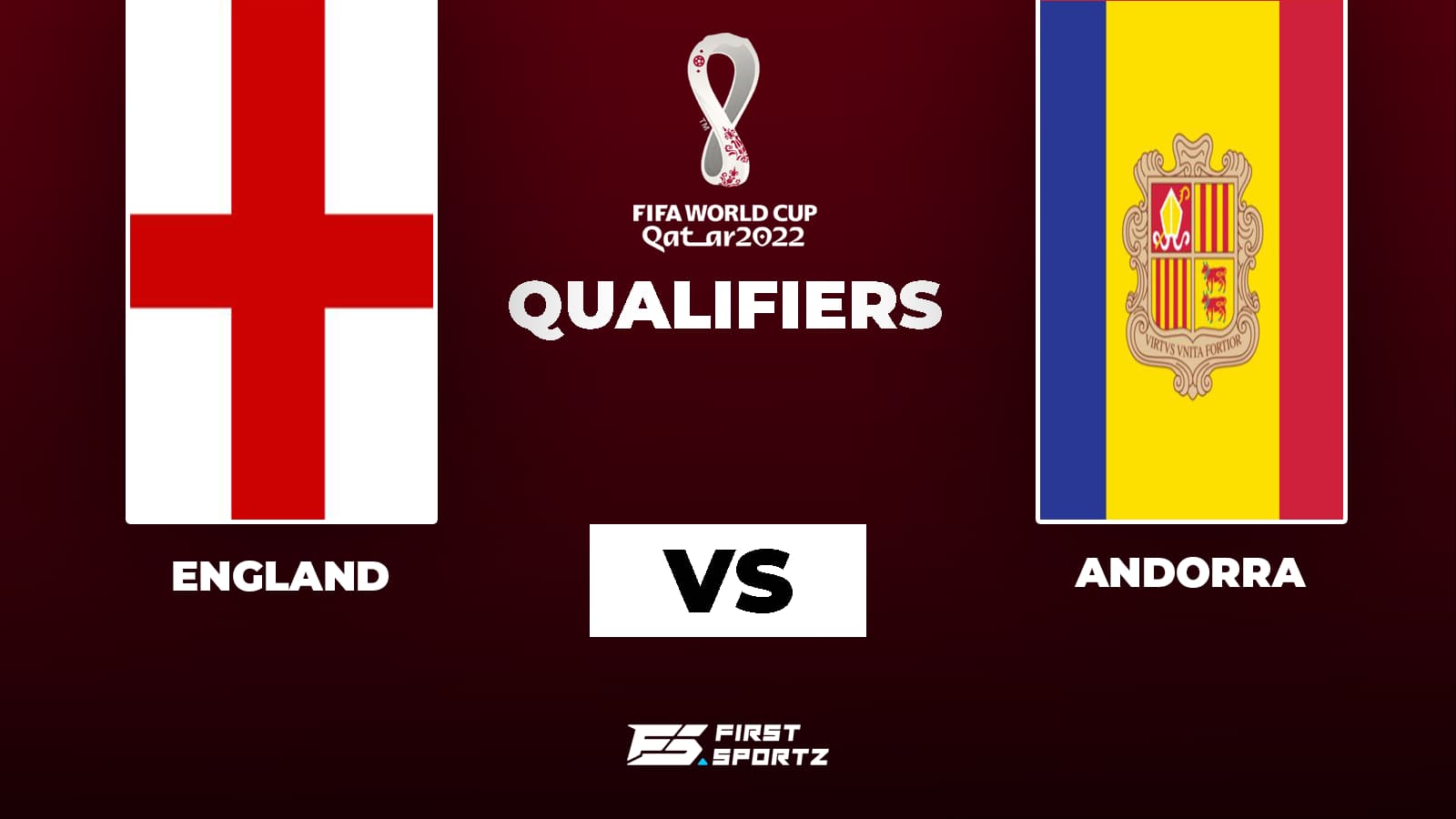 England takes on Andorra for their fifth game of the 2022 World Cup Qualifier match at Wembley Stadium on 5th September.

England has a 100% record in Group I winning all four games and scoring a total of thirteen goals in doing so. Andorra are coming off a 2-0 win against San Marino and registering their first points of their World Cup Qualifying campaign.

England was fantastic in their last game against Hungary winning the game 4-0 thanks to goals from Harry Kane, Sterling, Harry Maguire and Delcan Rice.

It seems that Gareth Southgate’s men have put their Euro 2020 final loss to Italy behind and are looking to secure a spot at next year’s World Cup in Qatar and will surely be one of the favourites to go all the way and win it.

The game against Hungary had incidents of racism and objects being thrown at the England players when they went on to celebrate their goals. Raheem Sterling was reportedly hit by a plastic cup, with Dortmund midfielder Jude Bellingham received racist monkey chants during the match.