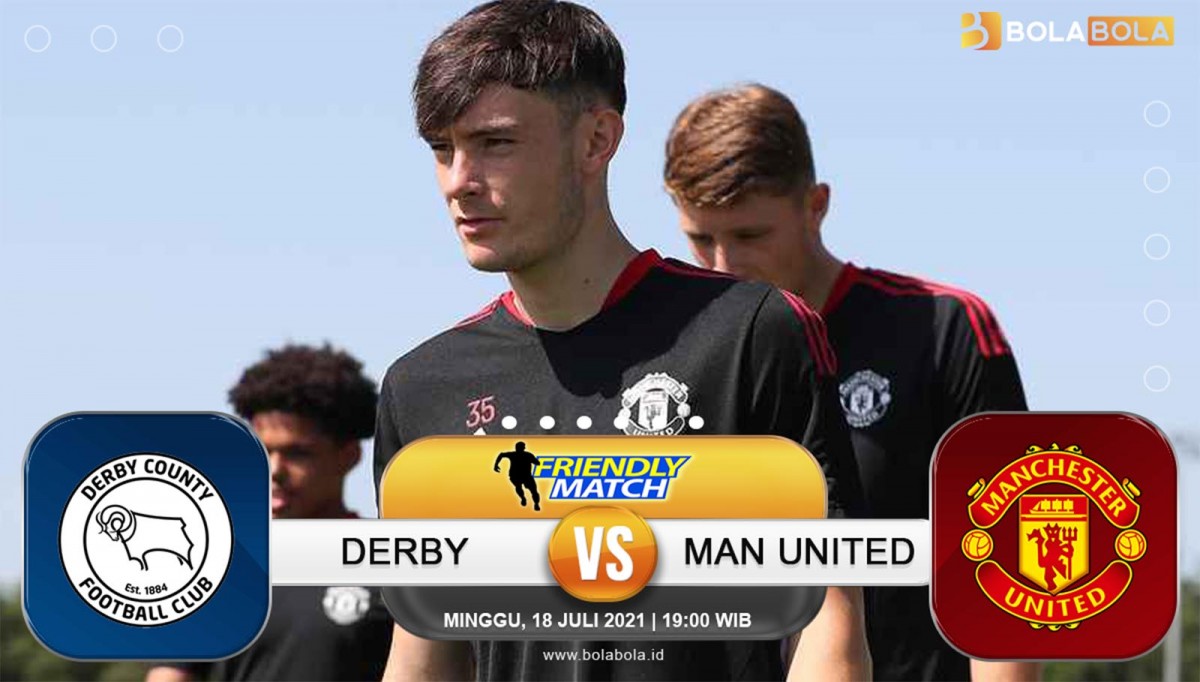 Derby County vs Manchester United will be the first match of Ole Gunnar Solskjaer's squad in pre-season ahead of the 2021/2022 Premier League.

The Derby County vs Manchester United match will be held at Pride Park Stadium on Sunday (18/07) at 19.00 WIB tomorrow night. This match will certainly be very interesting, considering that Derby is now coached by the legendary Red Devils, Wayne Rooney.

Meanwhile, Andre Wisdom and Curtis Davies, whose contracts expired at the end of last June, are still training with the team. They are likely to be played in tomorrow's game.

Ravel Morrison, who is a former Man United academic, will play for Derby. He is on trial because he is currently a free transfer.

The players involved in Euro 2020 have not returned. Ivory Coast duo Eric Bailly and Amad Diallo also have to defend their country at the Tokyo Olympics.

Tom Heaton who has just been brought in seems to be able to play as a goalkeeper for Man United in the first match of this pre-season.

While Nemanja Matic, Aaron Wan-Bissaka, Juan Mata and Jesse Lingard will be fielded from the first minute. This series of senior names need matches to improve their fitness.