Both Leicester and Tottenham entered the final round with great determination. The Foxes need a win to maintain their hopes of Top 4. Brendan Rodgers and his team need to win this match and hope Liverpool or Chelsea won't win. Meanwhile, Tottenham are also forced to win this match and expect West Ham to lose to Southampton. This is a difficult task for Spurs when they are underestimated than the host at the moment. Not to mention, West Ham is playing at home and can earn at least 1 point against Southampton. Therefore, the results of the matches at the same time will also significantly affect the attitude of the two teams in this match. 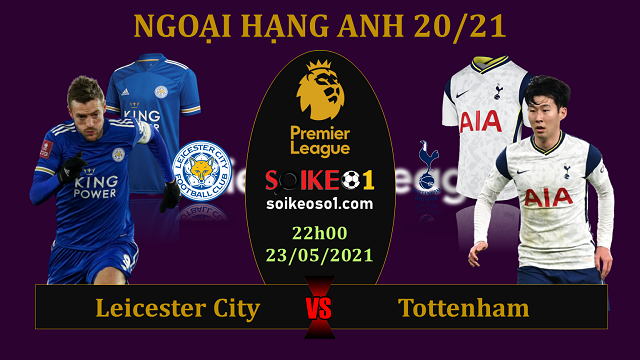 In the first leg, Leicester won 2-0 right at Tottenham. Should know, home is the rare strength of Spurs this season. This proves that the Foxes had a better season than the Rooster. Beating Chelsea very strongly to win the FA Cup is also the affirmation of Brendan Rodgers' teachers and students. In the Premier League alone, Leicester played at home was not good when they only won 9, drew 1 and lost 8. Meanwhile, Tottenham played bad away but they had 7 wins, 5 draws and only 6 losses. Therefore, it is not impossible for Spurs to have this match point. Since Leicester returned to the Premier League in 2014 until now, Chicken Farm has won 4, drew 1 and lost only 2 when as a guest at King Power and all 7 matches scored.