Chelsea will enter the final round with no small pressure. They need to beat Aston Villa to stay in the Top 4. If in normal times, this is not a difficult task for Thomas Tuchel's teachers and students, but in the current sensitive time, it is another matter. The Blues need to win and keep their squad intact for the Champions League final against Man City just a week after this match. Before that, Chelsea went through two extremely difficult matches against Leicester. These two matches have caused them to lose a lot of strength, not to mention that Tuchel's teachers and students have to kick the thickest density currently. So, while Man City can rest, Chelsea still have to fight hard to win 3 points. 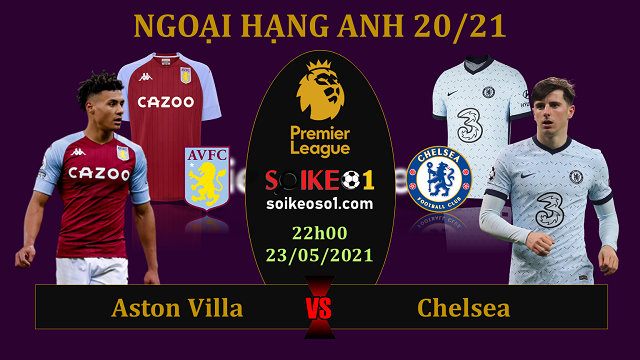 This season, Aston Villa also proved that they are not a pleasant team at all. The current 11th place has shown that Dean Smith's teachers and students are different from last season. Needless to say, Chelsea only had a 1-1 split against Villa at home, while last season won both matches. However, the Blues still have certain dominance. Coach Tuchel can completely use the optimal formation to find an advantage in the first 45 minutes of this match to maintain strength for the rest. The record of winning 5/6 matches as a guest at Villa Park in the past 10 years also supports them to be able to win 3 points.