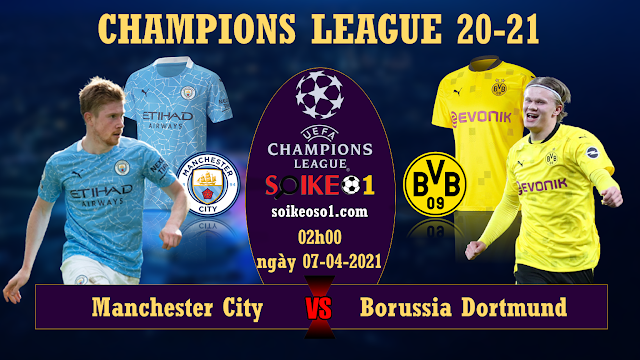 This is only the third time that Man City and Dortmund have clashed. Previously, the two teams were in the same group in the Champions League in the 2012/13 season with the result Man City drew 1-1 at home and lost 0-1 away.

However, that was the time when the German representative was still very strong, but now it is different. Man City is currently a bright candidate for the championship, while Dortmund is only rated more than Porto in the group of 8 teams in the quarterfinals this year.

Previously, in the eighth round, the Green Man easily eliminated a German representative, Monchengladbach, so they were confident to do the same thing before Dortmund. In the European Cup, Man City won 9/12 times to receive German teams. Dortmund, on the other hand, lost 8/13 times as a guest in England.