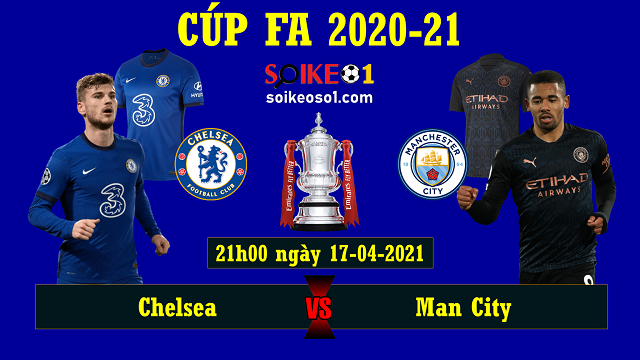 This is the first semi-final of the FA Cup this season and will be played at Wemley neutral ground. Before this match, both Chelsea and Man City had the joy of winning tickets to the semi-finals of the Champions League.

However, the Blues went through 90 minutes and lost 0-1 to Porto. Similarly, the Green Man also experienced a hard match in Germany and upstream won Dortmund 2-1. Thus, Chelsea will have an advantage when they can rest more than a day and do not move as far as Man City.

This season, the two teams have only kicked the first leg of the Premier League with Man City winning 3-1 at Chelsea. However, when the Blues were led by Frank Lampard, they were now much more confident with Thomas Tuchel. In the last 5 confrontations, the Green Man won 3, drew 1 and lost 1.

The last time the two teams met at Wembley was in the 2019 League Cup final with a score of 0-0 in 120 minutes. Man City won 4-3 on the penalty shootout to win the championship. At another time in the 2018 English Super Cup match, the Green Man won 2-0 at Wembley.