The rematch we’ve all been waiting for goes down this Saturday at UFC 260. A fight over three years in the making between two heavyweights riding a ton of momentum. They will finally collide once again at the UFC APEX in Las Vegas, Nevada, the fight capital of the world. Will the result remain the same or will history be rewritten? Join us for our Miocic vs Ngannou 2 preview and find out for yourself! 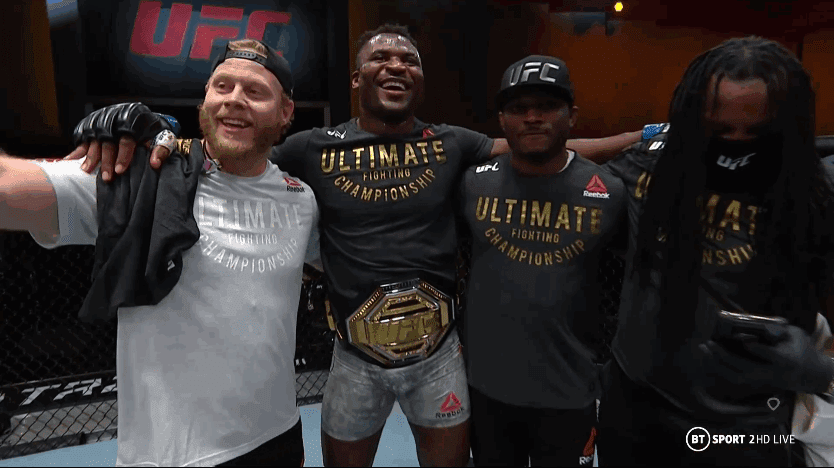 The greatest UFC heavyweight of all time returns at UFC 260 to continue writing his legendary status. Sitting at 20-3 (14-3 in UFC), Miocic has taken on the who’s who in this heavyweight division. Debuting in the UFC back in 2011, Miocic was undefeated and ready to go on a tear within the most prominent MMA organization. He did just that, by starting his tenure within the promotion 3-0 with two of these wins coming via KO/TKO.

Stipe would taste defeat for the first time professionally in his fourth UFC bout when he would take on the “Skyscraper” Stefan Struve. It would be a back-and-forth brawl before Struve was able to pressure Stipe up against the cage and unleash an onslaught of strikes to finish the future champion in the second round. Miocic would bounce back from this loss and go on another three-fight win streak, with two of these wins coming against Roy Nelson and Gabriel Gonzaga, both by way of unanimous decision.

Following this win streak, Miocic would be matched up with his biggest challenge to date. The former UFC Heavyweight Champion, Junior Dos Santos. JDS gave Stipe everything he could handle in this five-round war and ultimately ended up getting his hand raised in a decision victory. This bout was back and forth, with some even believing that Stipe had done enough to win. However, having another setback, it was time for Miocic to go back to the drawing board.

Unfortunately for the heavyweight division, this was bad news. Stipe would go on an absolute tear winning his next six fights, five of them via KO/TKO. This run included the likes of Mark Hunt and Andrei Arlovski, to earn Stipe’s first shot at UFC gold. After disposing of these two, Stipe would travel to Brazil to take on their countryman, Fabricio Werdum, in an attempt to become champion, and that he would. Much to the disbelief of everyone, Miocic was able to land the perfect right hand while moving backward and sent Werdum face planting to the canvas in front of his home crowd. This win would change the landscape of the UFC heavyweight division for years to come.

Many believe that to truly become a champion, you must first defend your title. Stipe would go on to do just that and then some. Miocic would in fact set the record for Heavyweight championship defenses with three. These would come against Alistair Overeem via KO, Junior Dos Santos via TKO in a rematch, and the man of the hour, Francis Ngannou by way of a unanimous decision.

It was at this moment that Stipe began to be put into the GOAT discussion and what would set him up for one of, if not the greatest trilogies in UFC history. Daniel Cormier would move up a weight class to take on Miocic and chase the “champ champ” status back at UFC 226 in 2018. Cormier would be successful in this feat and shock the world by knocking out Stipe in the very first round.

It was clear that a rematch would be next for Miocic considering his accomplishments while champion and his wish would be granted a little over one year later in August of 2019. Stipe would enact his revenge against Cormier and after being down three rounds to zero on the judges’ scorecards, pulled off one of the greatest mid-fight adjustments you will ever see. In round four, Miocic would begin landing nasty body shots against Cormier that severely handicapped him and led to a vicious combination to finish the fight.

With Miocic sitting atop the heavyweight division once again, there was only one thing left to do. Complete the trilogy. Stipe would battle Daniel one last time this past summer at UFC 252 and put a stamp on the legendary rivalry. Miocic would control nearly the whole fight and win via unanimous decision to become the clearcut greatest heavyweight of all time.

Now here we are, just days away from yet again another rematch for Stipe. This time against the most dangerous man in the UFC, Francis Ngannou. In their first fight, Miocic would survive the early barrage from Ngannou and dominate the rest of the way, cruising to a hard-earned decision victory. His wrestling proved too much for Francis and the challenger simply had no answers. Three years removed from the first bout and once again coming in as the underdog, even with the belt around his waist, can Miocic put a halt to Ngannou’s run, or will time run out for the heavyweight king?