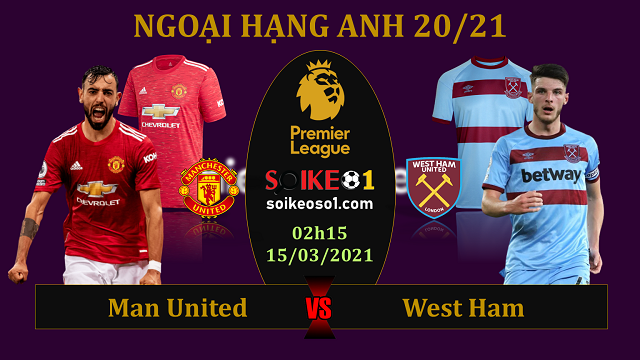 Immediately after the Machester derby victory, Man United was divided 1-1 by AC Milan at home. This draw will make the Red Devils difficult in the return leg in Italy in the middle of next week. In addition, the Milan draw also showed that Solsa's MU really does not know how to beat the underdogs.

Before winning Man City, they helplessly divided the points Crystal Palace, Sociedad, West Brom and West Ham themselves in the FA Cup. In addition, MU also shows a completely opposite image between home and away.

The Red Devils are the away king this season, but at home they play very erratically. From the beginning of 2021 up to now, they only won 5, drew 4 and lost 2 home matches. In the Premier League this season, the Red Devils only won 6, drew 3 and lost 4 matches at the Theater along with 8/13 conceding matches. Therefore, another difficult game against West Ham is waiting for Solsa's teachers and students.