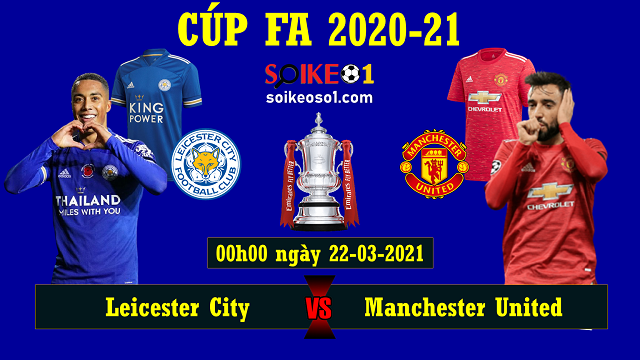 This is the last quarterfinal of the FA Cup this season. Before this match, MU had an important 1-0 victory at AC Milan to put his name in the quarter-finals of the Europa League. Before that, the Reds also won Man City and West Ham to consolidate their position in the Top 4.

So Solsa teachers and students can put their energy into this match to find a ticket to the FA Cup semi-finals. Meanwhile, Leicester also recovered with 2 consecutive victories against Brighton and Sheffield to maintain 3rd place in the Premier League. Therefore, the foxes also have a reason to determine to defeat the opponent to win the right to continue, especially to be kicked at King Power.