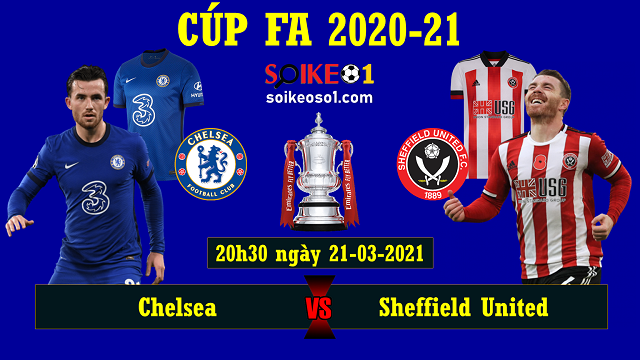 Compared to MU or Man City, meeting Sheffield United is too good a chance for Chelsea to win tickets to the FA Cup semi-finals this season. In the middle of last week, teachers and students Thomas Tuchel had a very impressive performance to beat Atletico Madrid 2-0 and win a place in the quarterfinals of the Champions League.

It was the 13th consecutive unbeaten match for the Blues under Tuchel. In it, they won 9/13 matches and up to 11/13 matches. At home, Chelsea won 4/6 matches with Tuchel, all 4 matches won separately and all 6 games kept a clean sheet. So, an overcoming victory is still within the ability of the host in this match.