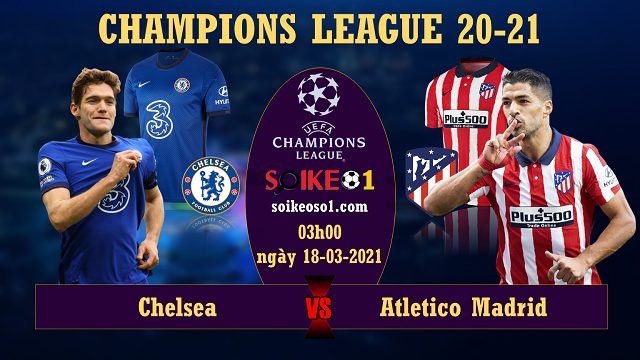 Despite winning 1-0 in the first leg, Chelsea did not really get too many advantages when facing a tough team like Atletico Madrid. Worth mentioning, although the first leg is a neutral pitch, the Blues are kicked at home in the second leg.

However, kicking at Stamford Bridge is a big concern for them in this match. In the last two times with Atletico, Chelsea drew only 1-1 in the group stage of the 2017/18 season and lost 1-3 in the semifinals of the 2013/14 season.

This is a bad signal for the homeowner. In addition, over the weekend, Chelsea was also helpless to divide 0-0 points against Leeds United and will have difficulty in the Top 4 race in the near future. In addition, since Thomas Tuchel led, Chelsea were unbeaten, won 8/12 matches, but they only won 3 and drew 2 home games even though all 5 matches kept a clean sheet.

Odds of the house Chelsea vs Atletico Madrid: choose Chelsea and Under.