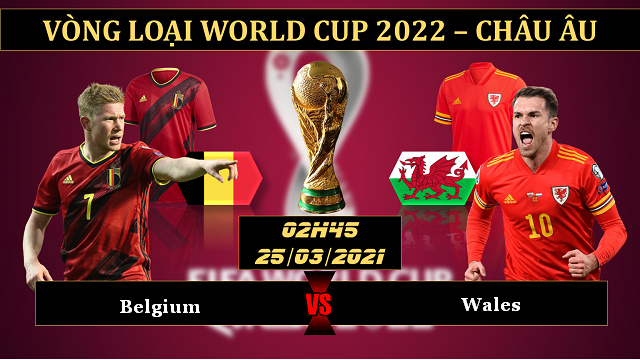 This is the opening match of two teams in Group E of the 2022 World Cup qualifying in Europe. In this group, Belgium is the candidate for the direct place while Wales and CH. The Czech Republic will be the two teams competing for the play-off.

Therefore, the Red Devils need a victory over the Dragons at home to confirm their position. However, Wales is very unpredictable in the past 5 years, nor is it an easy opponent to bully. In the last encounter in the quarter-finals of Euro 2016, Wales caused a shock when he won 3-1 against Belgium.

In addition, in the Euro 2016 qualifiers, Belgium also drew 0-0 when receiving the Dragons and lost 0-1 in the return leg. In the 2014 World Cup qualifiers, the Red Devils only drew 1-1 against their opponents despite winning 2-0 on away field. Broadly, Belgium has 6 times to welcome Wales with the result of only 3 wins and 3 draws.

Odds of the Belgian vs Wales house: choose Belgium and Under.Predict Belgium vs Wales: 2-0 (H1: 1-0).

FORCEBelgium: Axel Witsel and Eden Hazard injured. Divock Origi is not summoned.Wales: David Brooks and Ben Woodburn are not summoned.