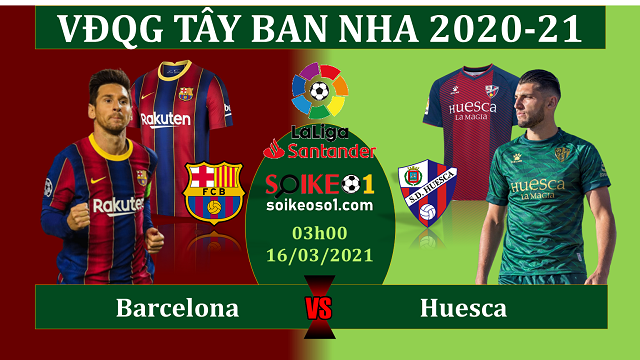 Barca did not have a comeback and was eliminated in the Champions League. However, in the current key moment, this is considered a good thing for teachers and students Ronald Koeman. Not having to kick in the European Cup will help the giant concentrate on the La Liga championship race. Currently, they are only 7 points behind Atletico, but less than 1 match.

The fact that Atletico has just been divided points by Getafe is also an opportunity for Barca to narrow the gap and reclaim the second place held by Real. Barca also has a great advantage when both Real and Atletico will kick the Champions League difficult in the middle of next week. So, Koeman teachers and students need to take this opportunity.

This is only the 6th match that Barca met Huesca and is the 4th time they met in La Liga. In the first leg, they have the minimum victory on the opponent's field. Notably, two times to receive Huesca, Barca poured the rain of goals with the scores of 8-2 and 8-1, respectively. Currently, the Giant is showing signs of awakening when kicking very well over the past 2 weeks.